As someone who’s been involved with homeless shelters, I find this an especially hard question.  Part of us wants to say, yes you’ve got it right – no-one should go without food warmth and shelter and as we have a spare room, let’s suggest he or she moves in right away. With all the Christmas lights up and people excitedly buying for family and friends, it’s more poignant than ever. But of course, we don’t know the homeless person’s background and we could be endangering our children and ourselves. Of course, if we did know and had no qualms, we still probably wouldn’t would we? If we’re being totally honest. And that’s the heart of this.

I remember doing outreach work around London’s Kings Cross station years ago. I learned so much from going around with former homeless men talking to currently homeless people on the streets. The workers I went around with never bothered to get alongside the beggars by cash machines because they confidently wrote them off as professional beggars, exploiting a giving public. A tricky one to explain without sounding callous to your child and also a very disillusioning one. I recently gave money to a beggar asking money for selling tissues on the train, because I felt bad not doing so in front of my children, but I knew he was ‘a professional’.

Why someone is homeless is often complicated. It is safe to say that when you have kids you really can’t take any chances. But you can teach your children to treat them…as all people…with respect and buy them a coffee and something warm to eat maybe?

The other day was one of those especially horrid cold and drizzly days. My son said – unprompted – what a horrible day it would be to be homeless. The next day we went past a homeless man walking to the shops. Not even acknowledging another human being when they call out to you does seem particularly degrading when you think about it, but most of the time I manage to box myself up and put the feelings of guilt on hold. Thinking of my son’s empathy though, put me to shame and so we stopped and asked the man if he wanted a coffee. My son was a bit shy about doing it but I suggested he give the man the hot sausage roll we’d got, and he did. Walking down the dark passage way near an equally depressing car park, I saw him start to jog towards the man and hand it out to him keenly. Children so often want to give. They just don’t need us holding them back by our inhibitions, or whatever they really are.

Later we went into the local library to use the toilets. A rush of warm air hit us as we walked in. We’d asked the man his name. My son remarked immediately “Why doesn’t Peter come in here?” On our way back to from the shops it started to rain harder. And then my son said what really hit me and made me realise how far behind him I am: “What will we do if he’s still there?”(turns out he wasn’t). But my son felt that we had a responsibility, and it wasn’t spent having just popped to the local bakery. 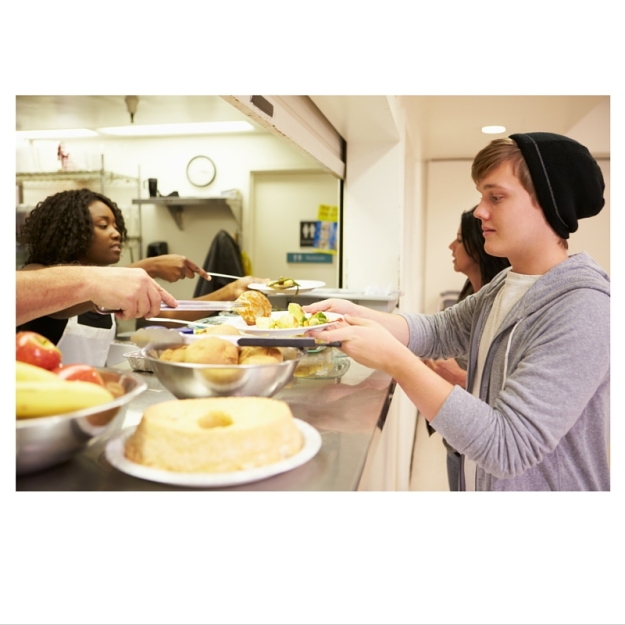 Last year my son helped me cook for our local shelter. He also went and helped pump up the beds. He felt like he was doing something really worthwhile – and he was. There are so many ways you can get involved, even if you just bake a cake, or notice something they need. Do they have gloves? What about a hat?

Our children challenge us. It’s disgraceful how I manage to section off my life….in a hurry I’m ashamed to say there’s no way I stop for the beggar near the supermarket. My children force me to be a better person…if I let them.

How have you dealt with questions like this? Do your children make you better? Do we dare take up their challenge? Please do share your thoughts and other tricky questions.